Abhishek Bachchan is back to the movie set. After the shooting of finishing Bob Biswas, the star has actually started the shoot of his next entitled Dasvi. 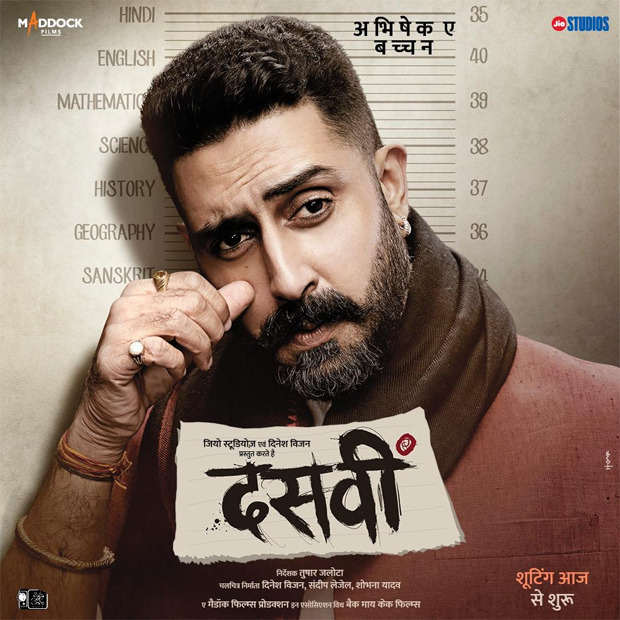 According to earlier reports, Abhishek will be flying to Agra to begin recording for Dasvi, a political funny that will be directed by debutante Tushar Jalota. Produced by Dinesh Vijan of Maddock Films, the movie will highlight the significance of education in today’s society.

Reportedly, Abhishek will be seen essaying the character of a 10th stopped working Chief Minister. The movie will have a great deal of humour aspects to it.

ALSO READ: Abhishek Bachchan flies off to Hyderabad to be with his women